Had some time this evening to complete a few outstanding trackwork projects.

#1 complete filler track and roadbed support for Saginaw River swing bridge. This consisted of filling in the permanent pieces of track for each of the approaches leading onto the bridge. I have it setup as one solid piece so I can remove the bridge to complete the scene or do maintenance. 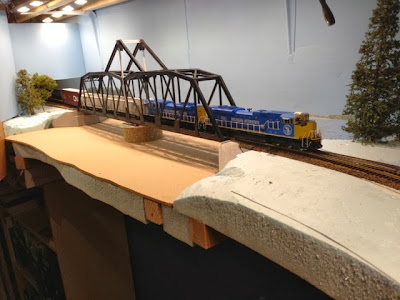 #2 Complete lower level lift out section. This piece consists of around 50% of the west yard ladder. 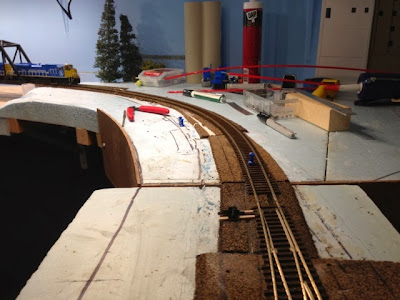 Looking west from yard ladder, the river bridge is just to the left of the photo. To the right will be Bay Industrial Spur which is accessed by a switch located to the right of the bridge. 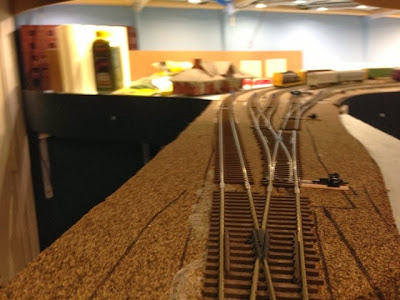 Left to right tracks: main, yard 1, yard 2, yard 3, west ladder which goes to yard 4 thru 6 and diesel service facility.
Posted by Greg at 9:36 AM No comments:

Inspired to talk more about the fleet, I thought it would be fitting to start with my largest model (by numbers). 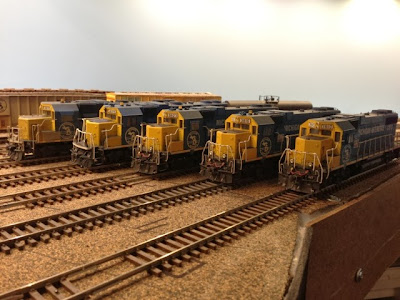 My model railroad of the MCIS began with 3 Athearn blue box engines 10, 16, and 23. These represented many first milestones for me in the hobby back over a decade ago.
- Proto-freelance focus
- DCC conversion (Atlas at the time)
- Custom Rail Graphics decals
- Custom paint scheme

Since these firsts I have seen my locomotive fleet grow to over 20+, converted to Digitrax, and changed from Floquil to Scalecoat for the paint scheme. These engines first had the clip on decoder but I soon realized that a complete A-Line power kit, better lighting, and hard wired decoder were necessary. Keeping with my modern era the engines received yellow reflective decals and will soon be equipped with RV style A/C's. With SD70ACe, 45-2, 40-2 and GP40-2 models holding down the road pool, the 38-2s find themselves in the general pool assisting wherever power is needed on the railroad. During 90 day inspections of the higher horsepower engines it's not uncommon to see a trio or quartet leading a manifest or through freight. (Last post had a prime example of a trio subbing in).

MCIS 3828 was another Athearn blue box I discovered a year ago and had fully rebuilt but with a Soundtraxx Tsunami decoder.

MCIS 3829 and 3833 are Proto 2000 engines. Currently 3829 is enroute to Fogelsinger paint shop to trade in its former Santa Fe warbonnet scheme for MCIS colors. 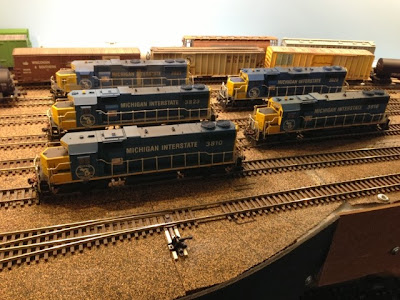 Side profile at Bay Yard showing 5 of 6 modeled units.

Well I am a day late for my Friday post, but I have an extra post to make up for the lateness. Please be sure check out "38 Special" which gives an in depth look at the MCIS GP38-2 fleet. 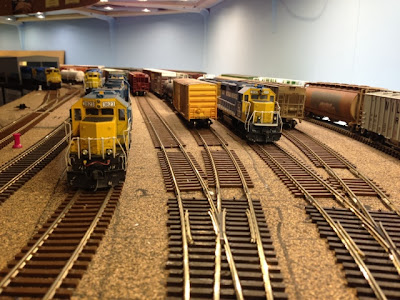 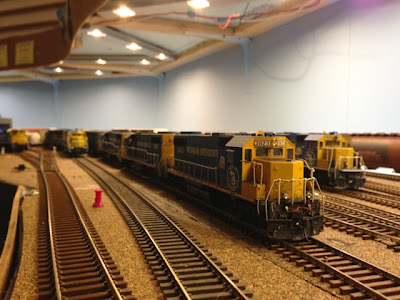 Side shot of M-BAPH-15 consist.

One of the focal industries on "The Clair" is a sugar beet production plant at Upper Huron. This industry will be a heavy kitbash of Walthers buildings from 6 different kits. To ensure I measure twice cut once I patterned each main piece from the kits on foam board this allows me to figure out the best fit. 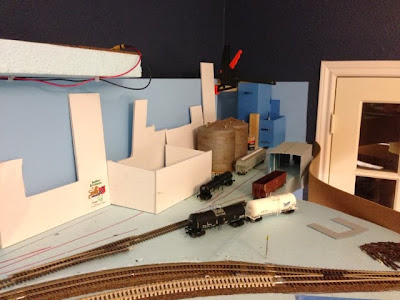 The entire industry will be built on mdf board and then installed.

The L-BAUH "Sugar Turn" will focus on serving this customer and then returning to Bay Yard. 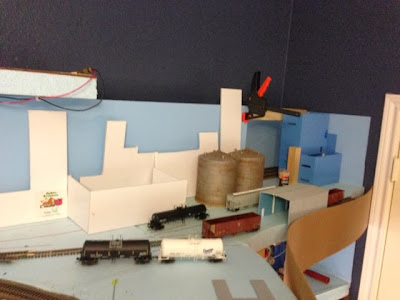 In an effort to post weekly, Fridays posts will consist of operations photos from around the layout. 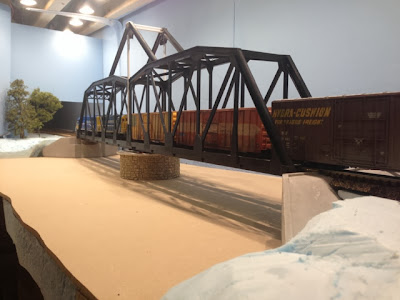 T-BABW-07 "Transfer MCIS Bay Yard - HESR Wenona Yard" led by MCIS 4008 (GP40-2) heads east over the Saginaw River swing bridge and will soon turn north on HESR rails for a quick run up to Wenona Yard to make its interchange. In a couple of hours the train will return with trailing MCIS 3816 (GP38-2) on point. 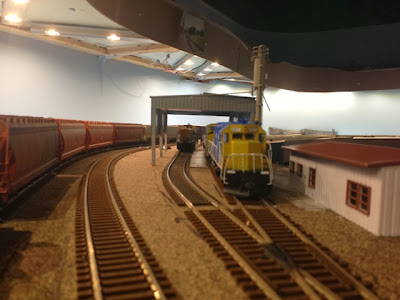 MCIS 4571 (SD45-2R) sits on "DSF 2" awaiting its next assignment at Bay Yard. The facility hosts a covered fuel, sand, and inspection pad.
Posted by Greg at 9:25 PM No comments:

Just like the prototype it is important that operators on my layout be properly orientated to online industries and track layout.

To help this I have begun creating Station Diagrams that each operator will have in their layout packet but will also be mounted on the fascia. 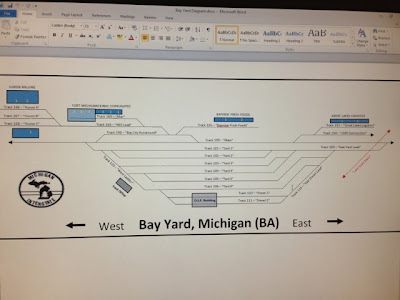 Here is a draft of the Bay Yard Diagram. Never realized how complex the trackage was until I sat down and put it into words for the operators. 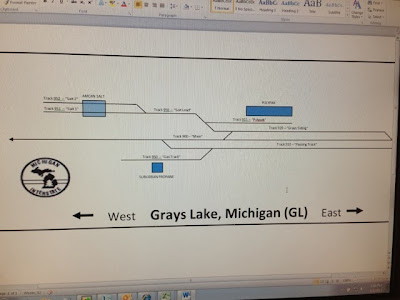 Diagram for Grays Lake which hosts a local based switcher due to the online traffic base.
Posted by Greg at 1:41 PM No comments: 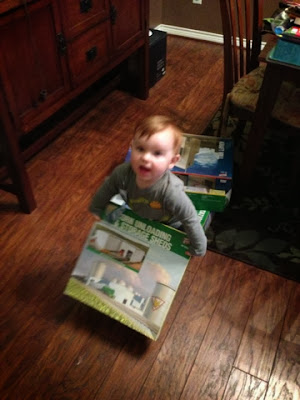 So my son was attempting to encourage the construction "kitbash" my sugar beet plant, guess its time to start.

To help plan I have created foam board pieces of each piece so I will know exactly how to build the structure. More updates to follow. 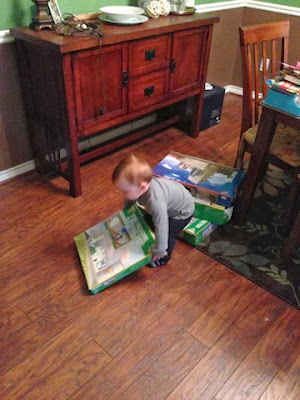